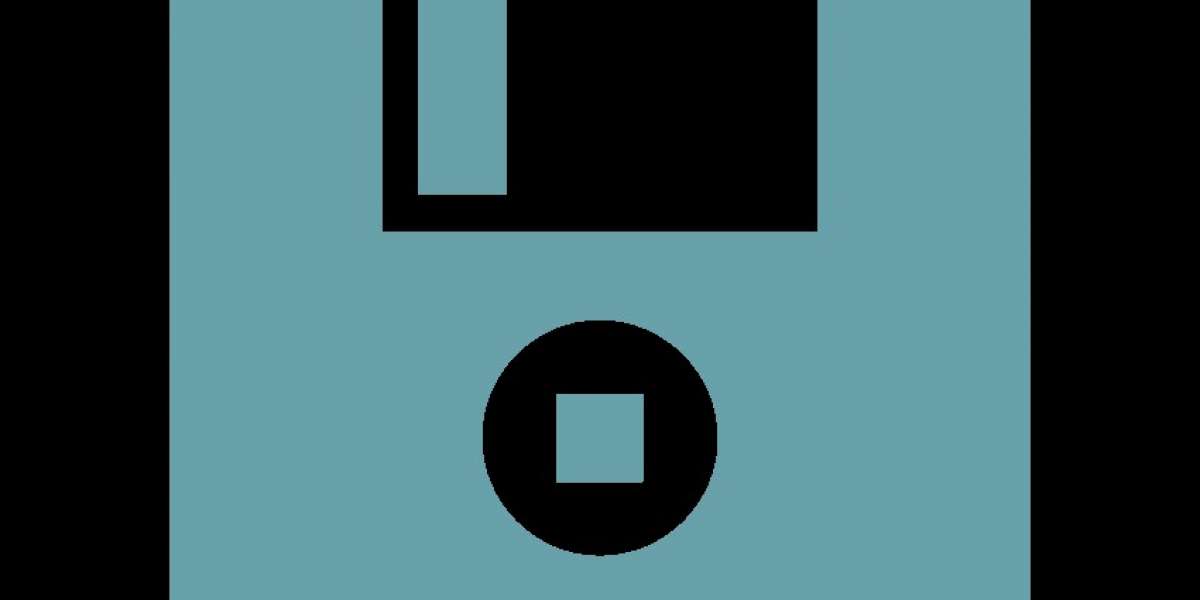 What’s next for memory and storage? 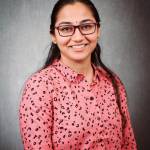 This blog briefs about the following: 1. Scaling Trends 2. Cons of traditional memories 3. Next generation memory device technology 4. Future memory device technology In today’s dynamic world, speed and storage are the key factors of most innovations. Hence, its crucial that one is updated with the latest trends that break barriers of conventional memory technologies. Be prepared to wave goodbye to traditional memory tech and be astounded by future advancements in the world of data storage.

Unfortunately, it is more difficult to yield high-speed devices for low voltage ICs than it is for high voltage parts

The development of high-density EPROMs has slowed due to the evolution of flash memories. However, like other technologies, low-voltage parts are available. The low-voltage supply is only used for read operations. High voltages are required for the write operations. 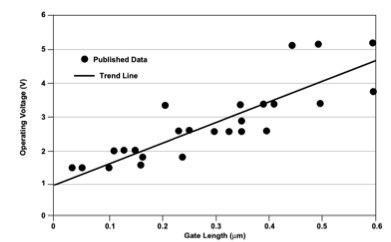 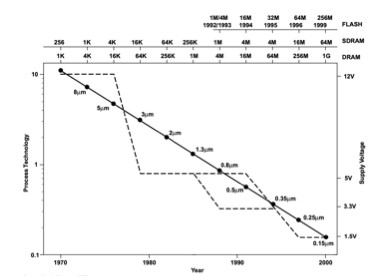 DRAM cell scaling down to a 17nm design rule has already been productized by major DRAM players including Samsung, Micron and SK Hynix . Currently, they are developing 16nm and 15nm or beyond, which means the DRAM cell design rule might be able to further scale down to sub-15 nm without adopting Extreme Ultraviolet (EUV) lithography for DRAM cell patterning.

The cell design scaling down process is slowing due to many scaling issues including patterning, leakage and sensing margin. 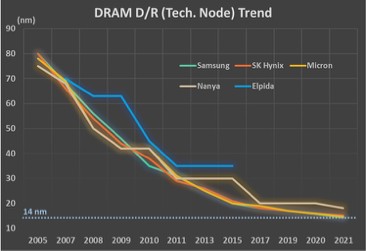 A STEP ABOVE THE REST

From system startup to application launching, intel optane memory is smart technology that personalizes and accelerates computing experience on intel core-based pcs. It learns the most frequently used documents, images, videos, and applications; keeps them handy for quick access; and remembers them—even after powering off the PC. As computing habits change over time, intel optane memory adapts to continue to deliver a responsive, accelerated user experience. 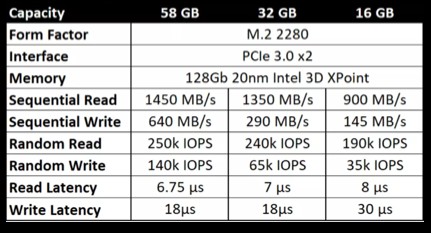 Background power drain is a thing of the past with Intel Optane. Its memory redirects power and data to the most-used programs, so they run quickly, delivering remarkable responsiveness.

Uses a "least recently used" (LRU) approach to determine what gets stored in the fast cache.

Optane DC Persistent Memory is pin-compatible with DDR4 and will be offered in packages of up to 512GB per stick.

The most dramatic improvements in performance come from a system with an older spinning hard drive, not increasingly-popular SSD storage.

Optane’s caching system only works with the primary OS drive, and even then, only the primary partition.

The device can operate virtually disturb-free at 10-ns pulse durations, a similar speed to the volatile alternative, DRAM. This is derived from the triple-barrier RT mechanism used to transport the charge in and out of the device, which occurs at much lower voltages than other FG memories (i.e., Flash).

◦The memory cell, much like flash, uses a floating gate to store the memory state but, instead of using oxide isolation, the InAs floating gate is isolated by the anomalously large conduction band discontinuity with AlSb.

◦A compound-semiconductor charge-storage memory that exploits quantum phenomena for its operational advantages. 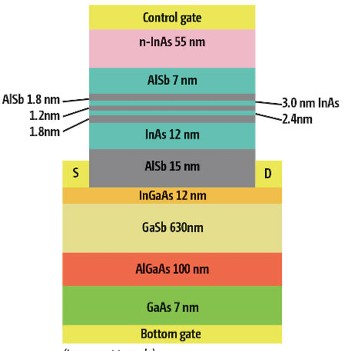 ◦Where the new transistor departs from last years is that the new channel is normally-off (normally-on transistors cannot be paralleled in arrays) and has better-defined on and off states.

◦Nonvolatility is achieved due to the extraordinary band offsets of InAs and AlSb, providing a large energy barrier (2.1 eV), which prevents the escape of electrons.

◦A SPICE program (LTSpice) was used to combine the write/erase and read simulation results, which were produced using the software packages nextnano.MSB and nextnano++, respectively.

´Thus, we have discussed about the traditional memories, their drawbacks, and the technological changes that have evolved to overcome them.

´Scaling trends strive to bring down the critical dimension, while enhancing performance.

´We have seen the classic Intel’s Optane that works on Phase Change Memory, its performance and fabrication.

´We have also discussed about a radically different technology UK III-V that has reached only the simulation stage but promises a future of great expectations for the memory world.

´Memory is an ever-evolving field, with a wide range of applications at its disposal. Hopefully, the future for memory technology gives us the potential to achieve even greater deeds than ever before. 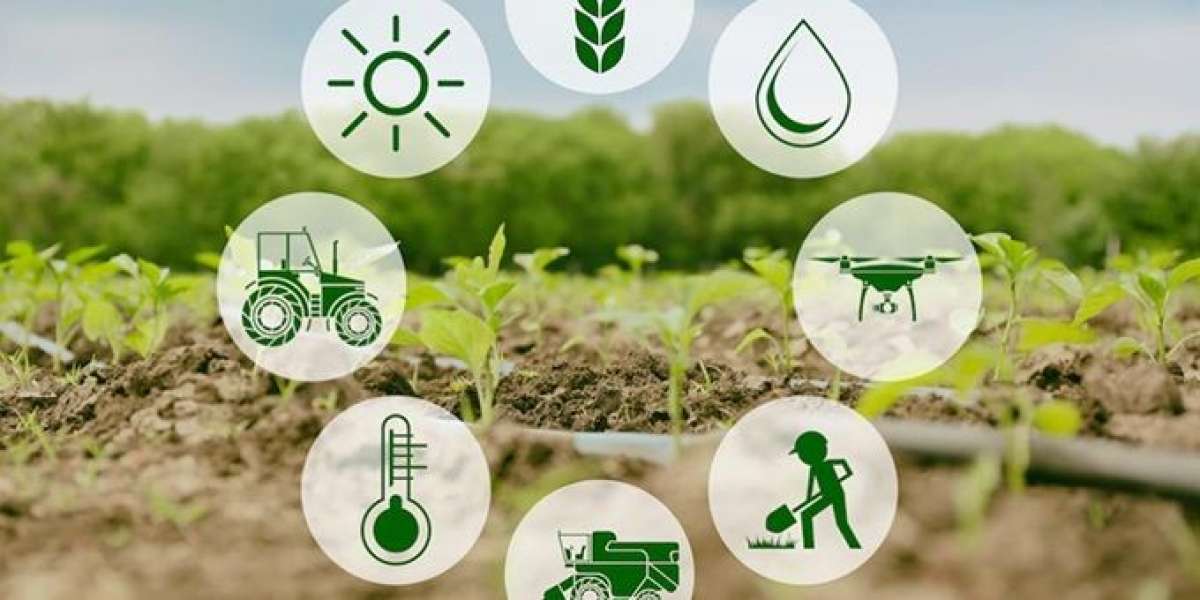 Impact of Machine Learning and Internet of Things in Agriculture in India: Survey on Agriculture 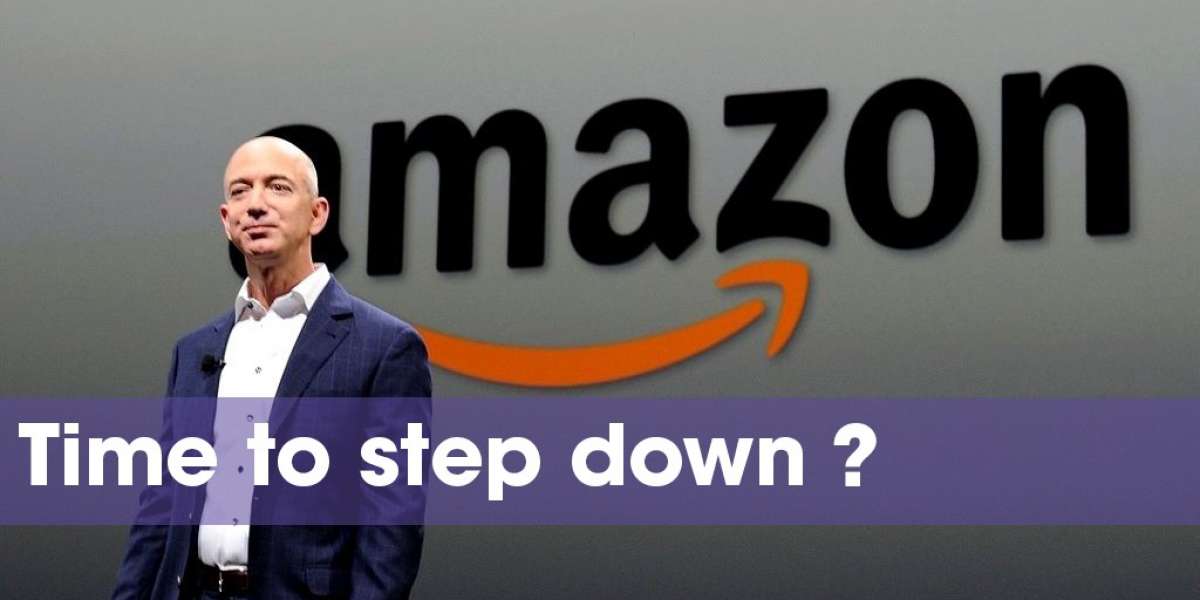 Jeff Bezos is stepping down as Amazon's CEO. What you think should be changed in Amazon, once power shifts? 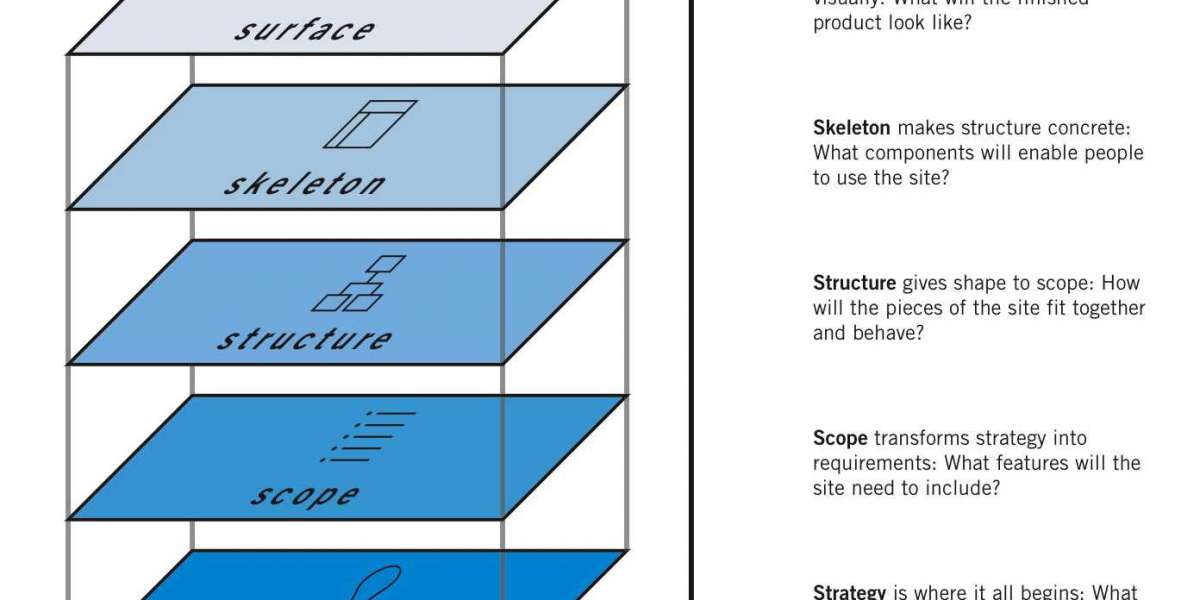 My UX Design Checklist for Thinking, Doing, and Learning — Thinking